The „Chez Les Artistes“ is an artist run lable founded in 2019 by Swiss artist duo Jahic/Roethlisberger. The focus is on everything the artists are interested in and inspired by.

For the start we will show some own works from the series  „Neon Lines“ by Jahic/Roethlisberger.

In the future we will host projects, exhibitions and shopping experiences in various fields such as: ART, BOOKS, COMPUTER, MOTORCYCLES, SCIENCE, PLANTS, CERAMICS, SKATEBOARDING, FOOD AND MORE.

2015 we began the work group “Linien” (“Lines”). The lines are a performative act. In these short performances we both draw a line at the same moment with a chalk. While one draws a line from top to bottom, the other holds the sheet and creates the line from the other direction. We stand opposite each other, and so the upper part of the sheet is the bottom for the other.

In executing these images we respond to each other’s actions in accordance with the reciprocal principle of action and reaction. These performances lead to unpredictable lines. Although the result of each individual experiment is accidental, frequent repetitions give rise to identifiable regularities.

The line has captured our imagination. Millions of lines are drawn every day, there is something fundamental about them, the starting point for sketches, texts and ideas that have formed our world. Lines join, lines divide. We use them as a tool to create new forms and at the same time to investigate our own collaboration and its mechanisms. The lines, of which we may draw a few hundred in a session, are transformed into sculptures in neon and other materials. Some of the lines are displayed as drawings. 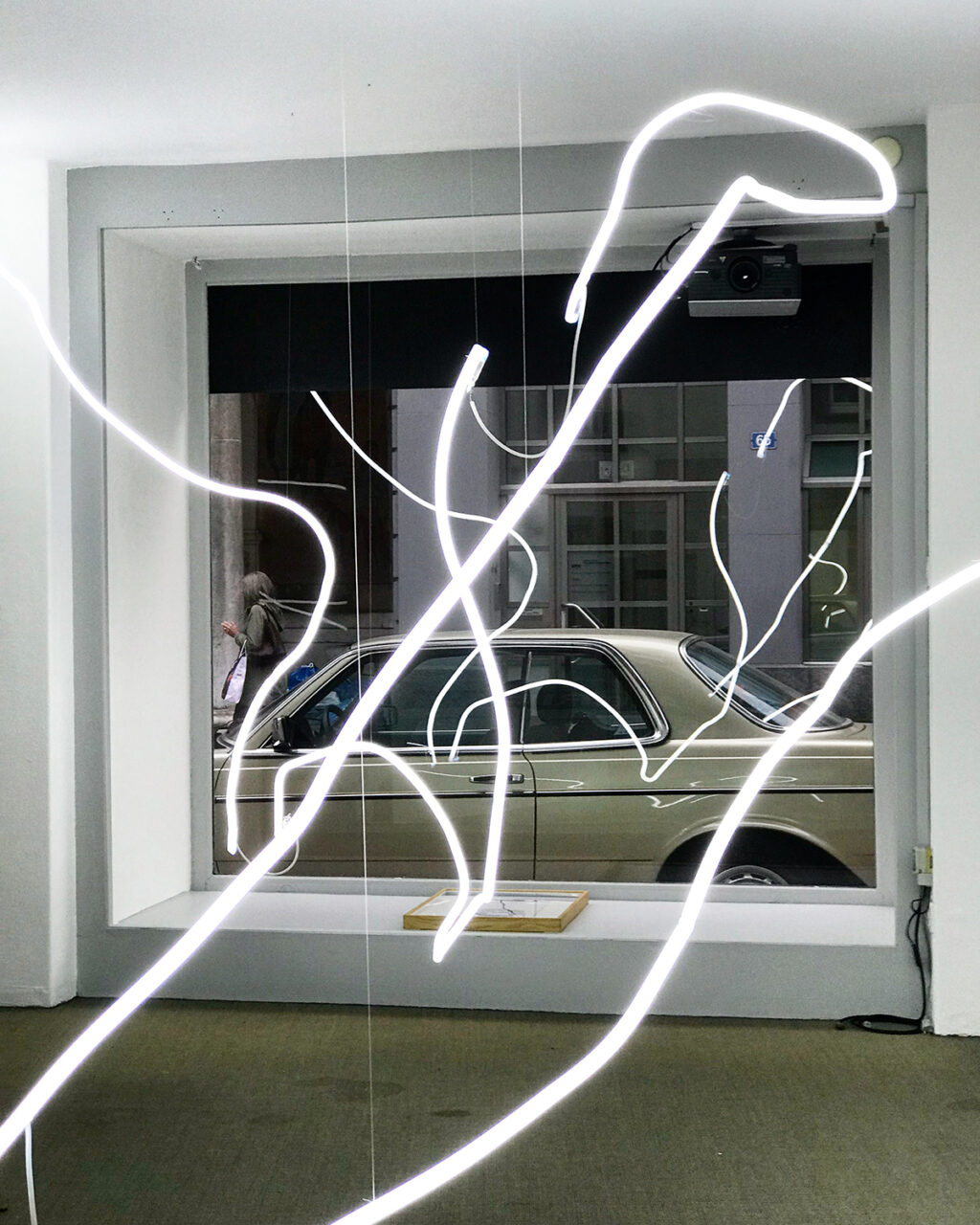 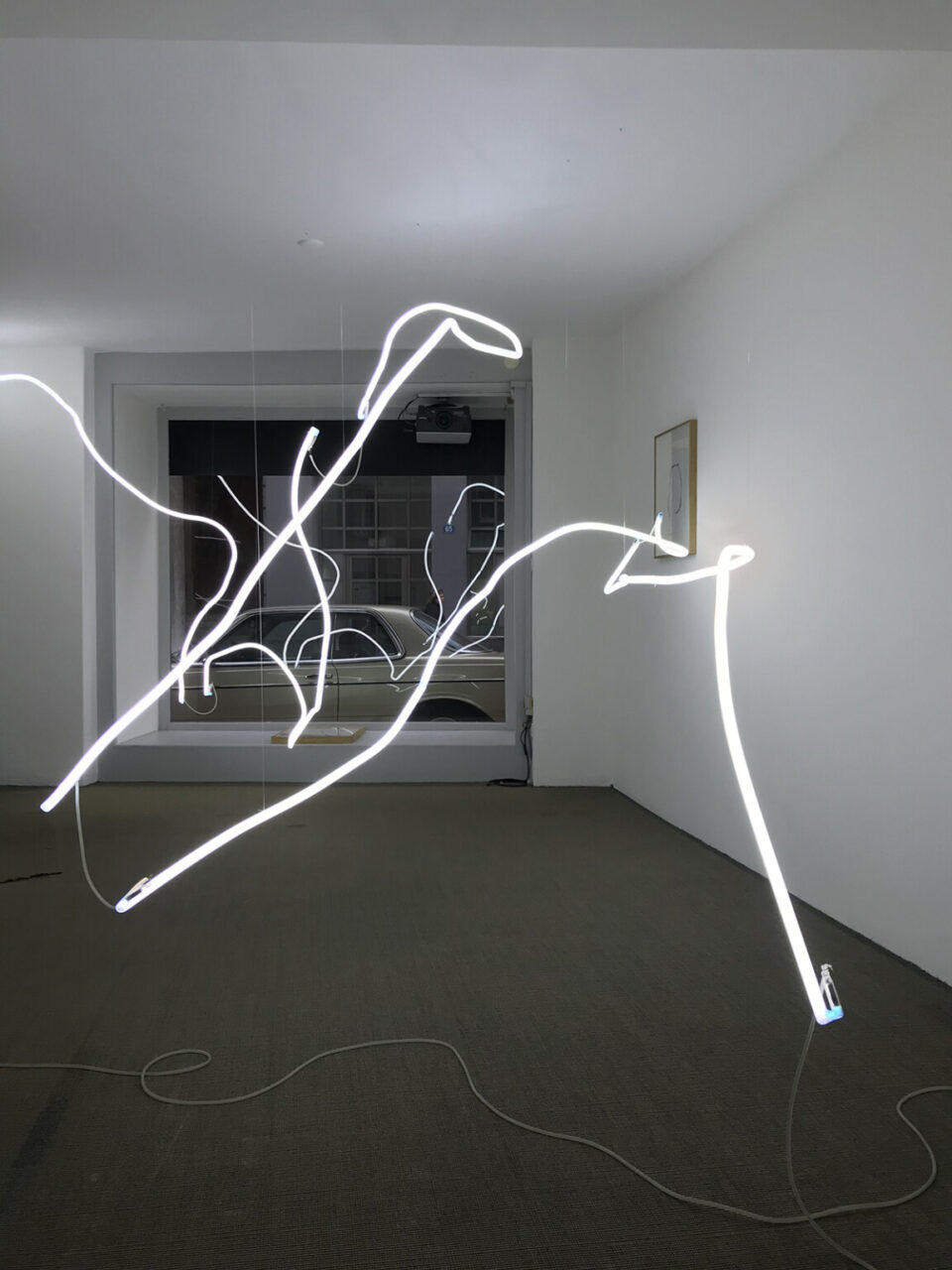 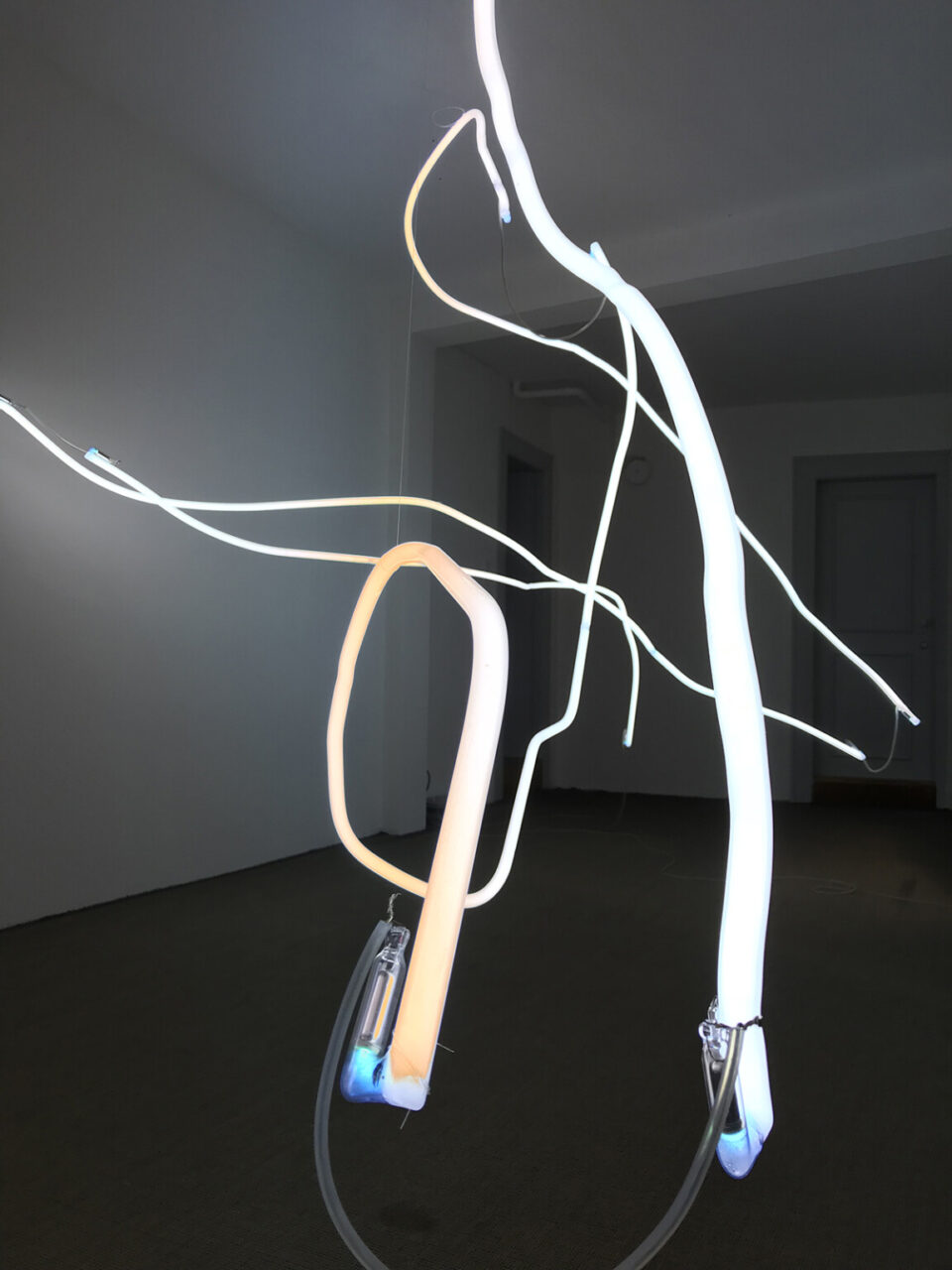 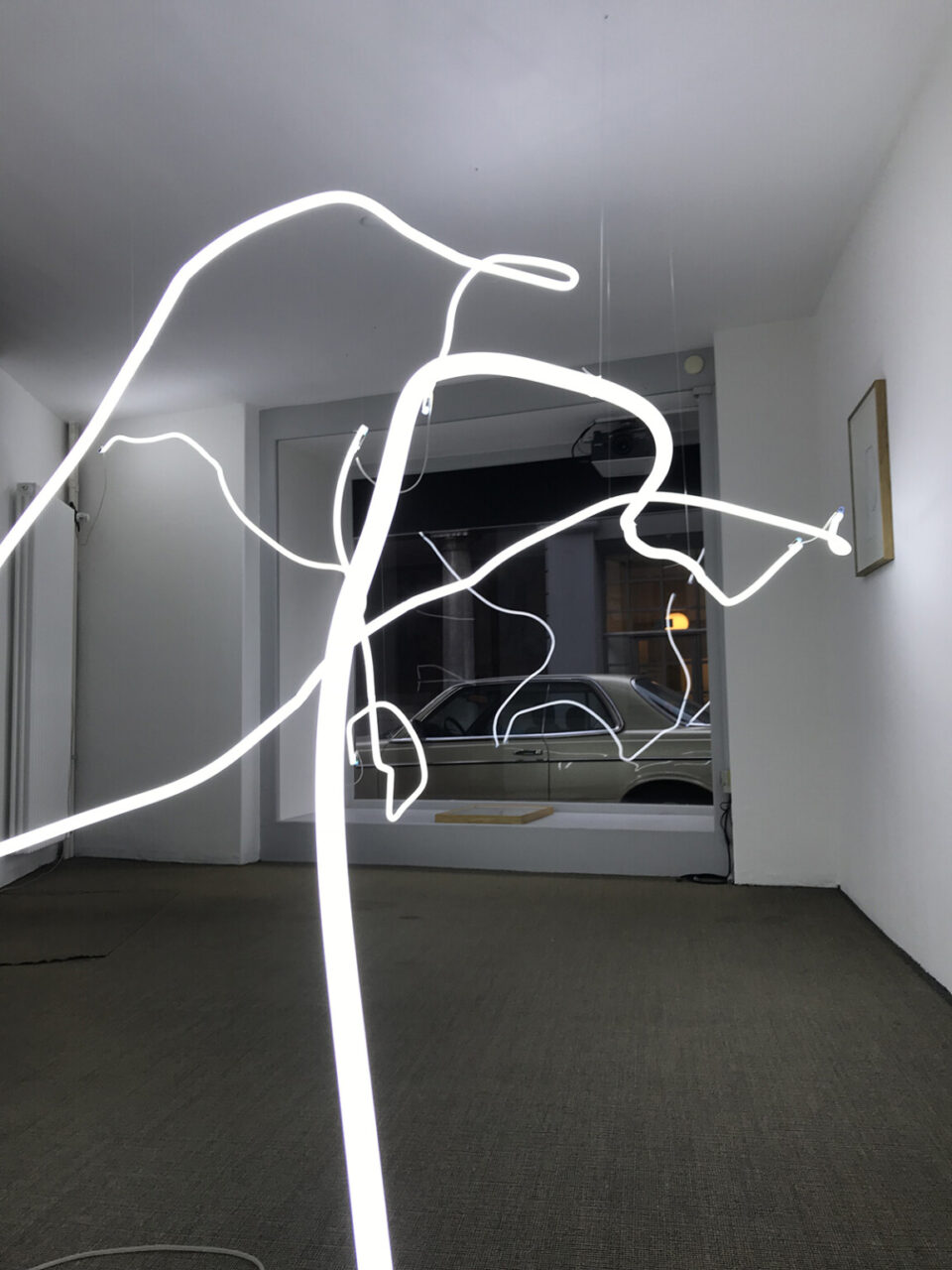 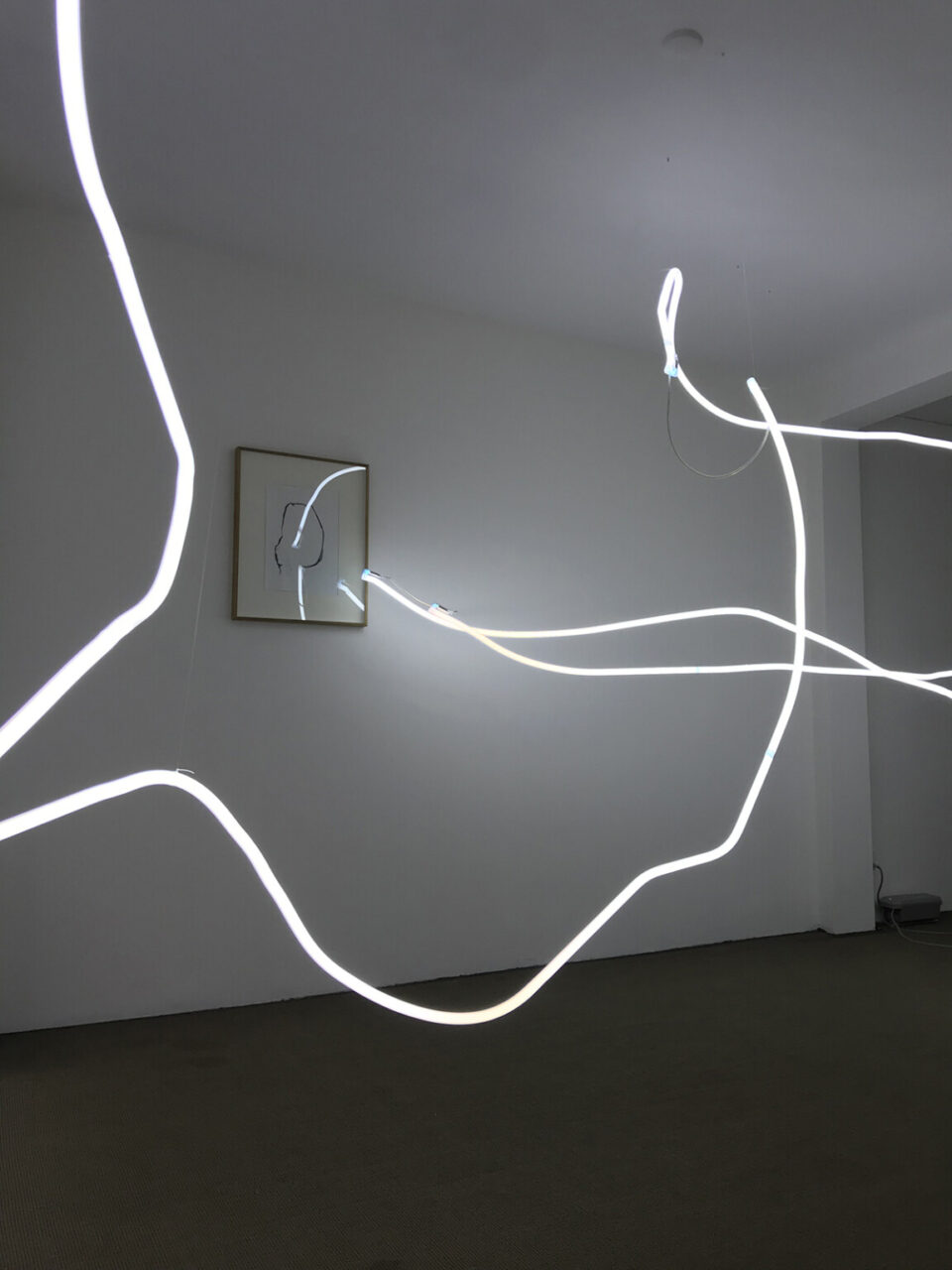 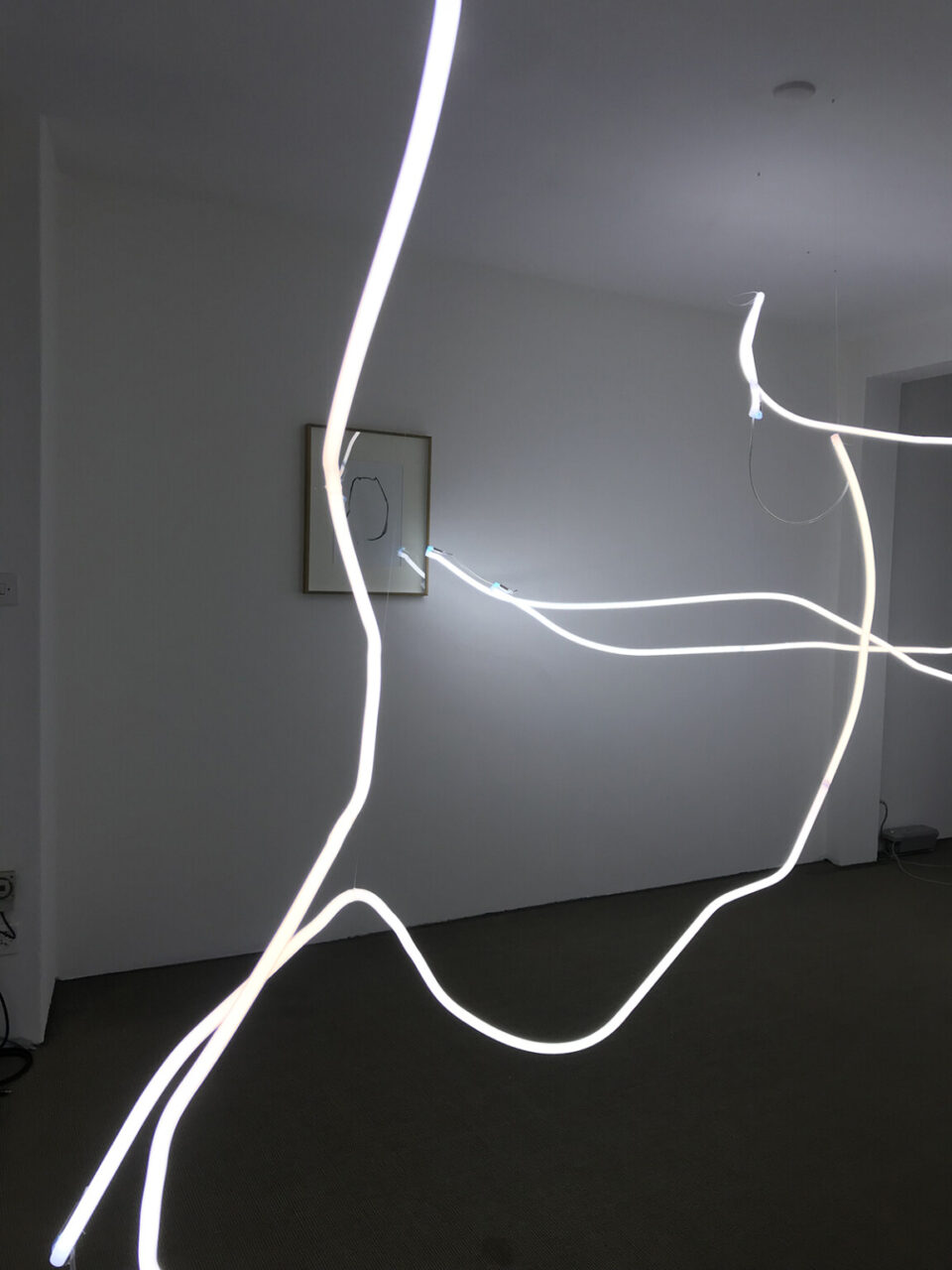 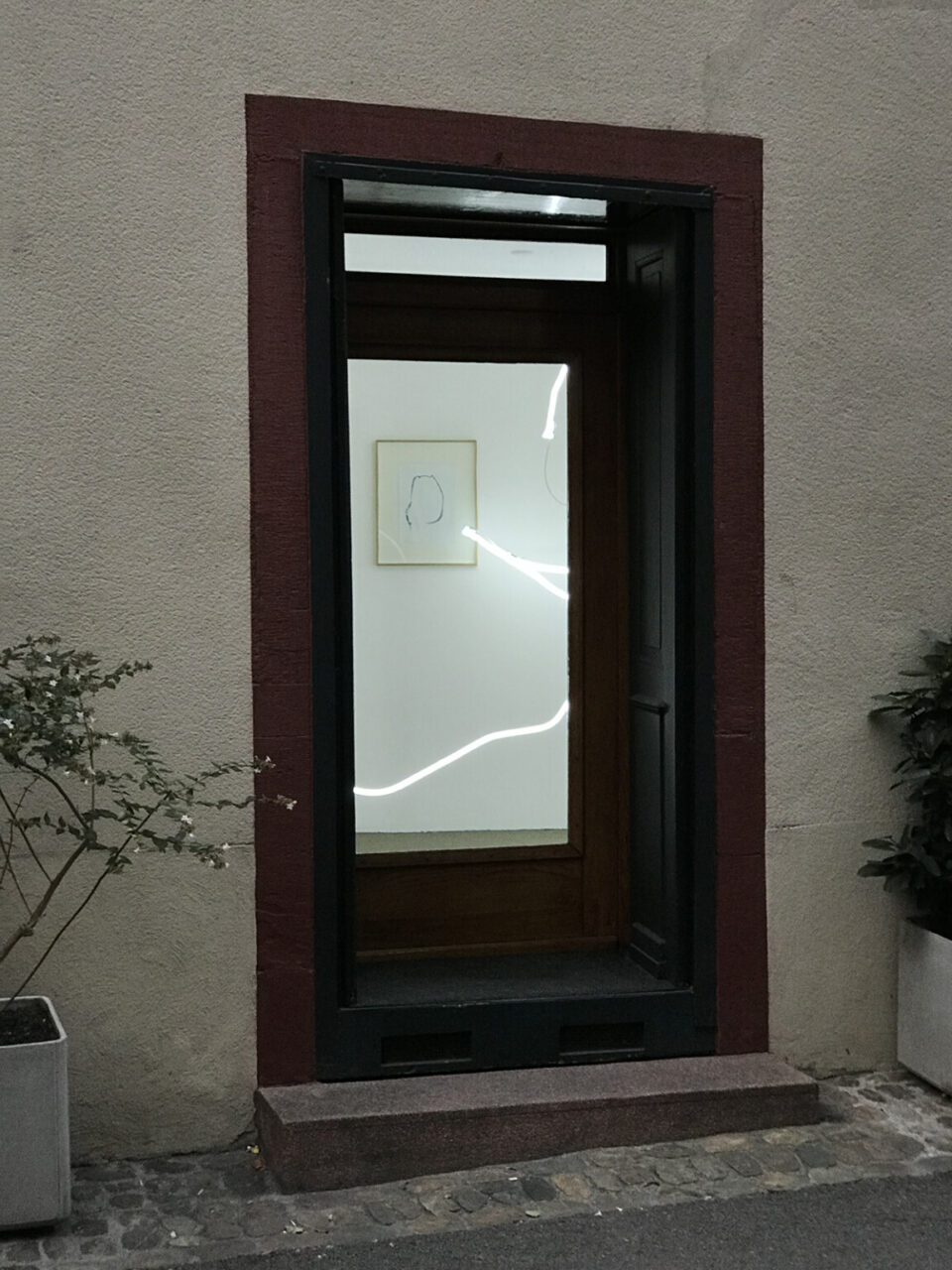 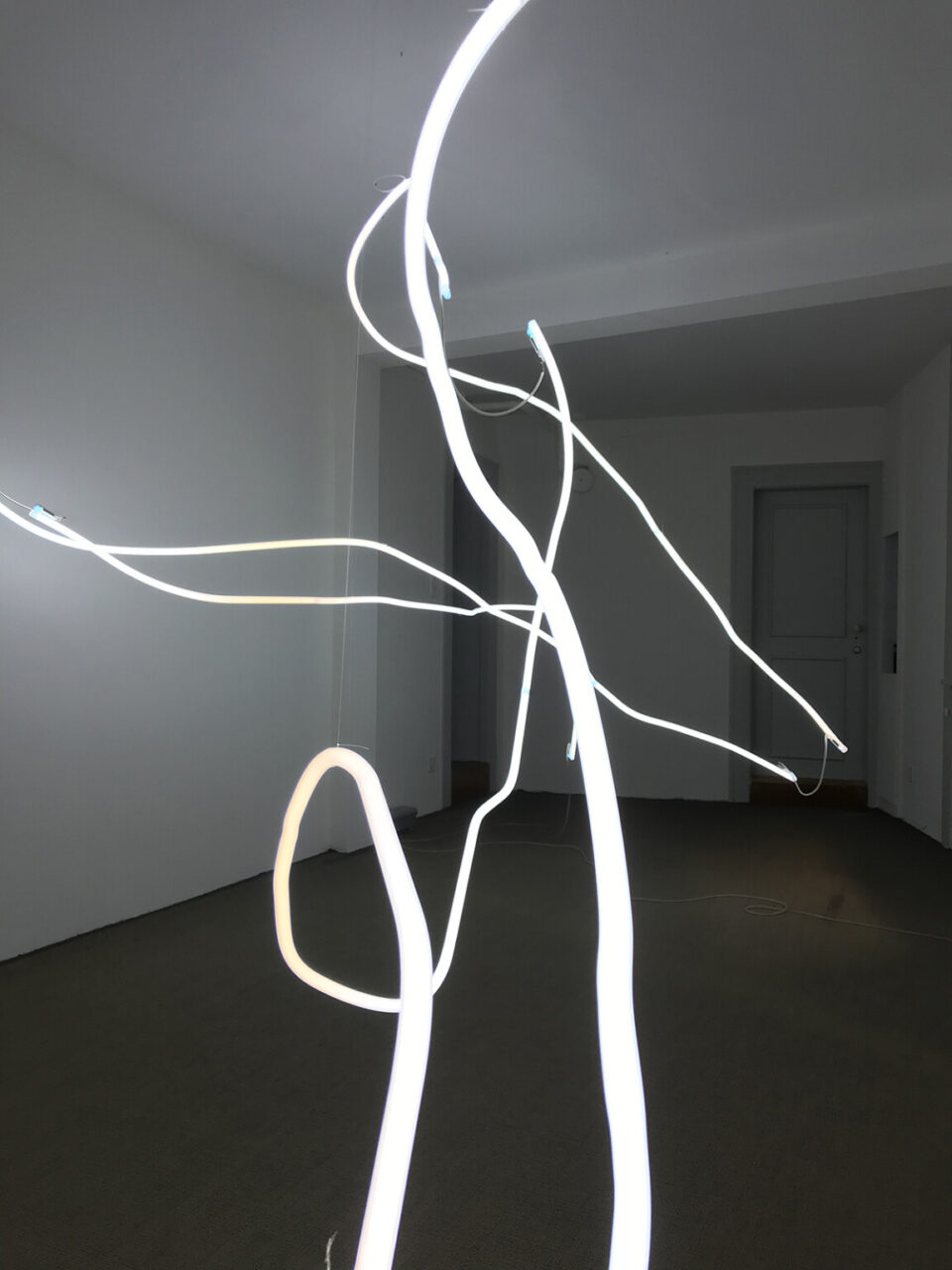 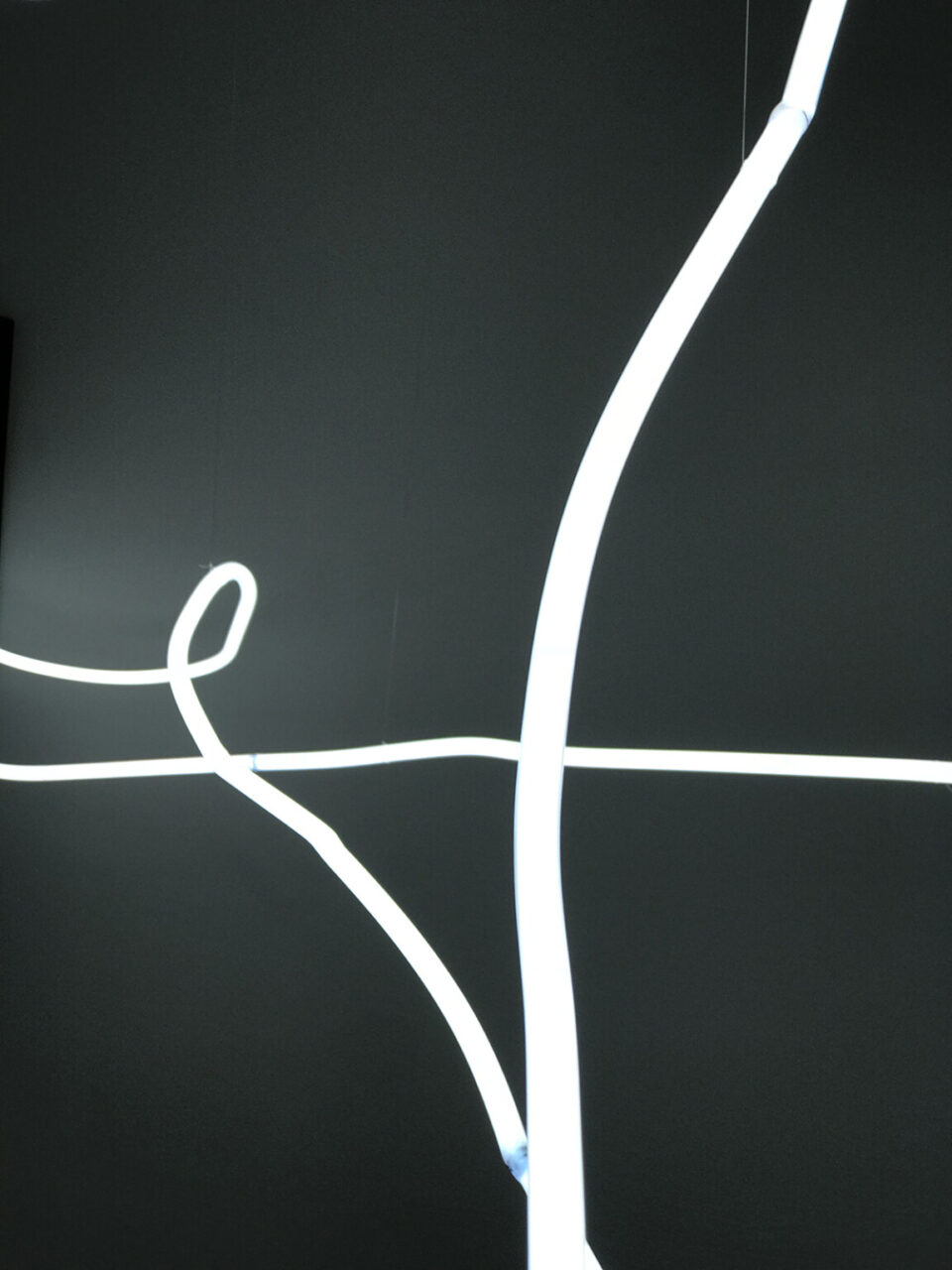 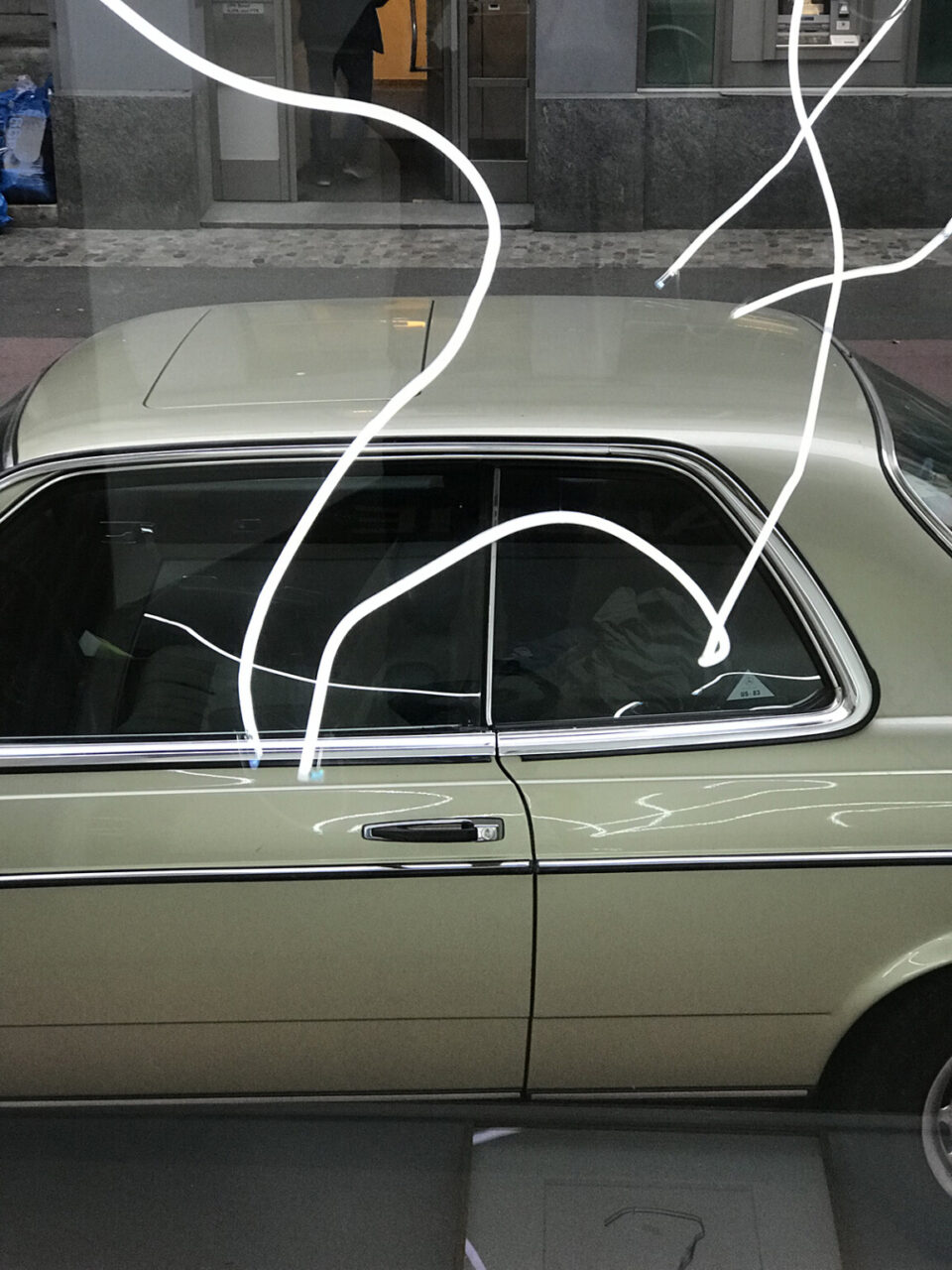