We were invited by the Scope art fair to present this work. Thank you Alexis Hubshman for offering us the space for free and letting us do whatever we want.

In the end of June 2009, the following newsflash went through the European media: According to a British auction house, an anonym Swiss collector purchased an eraser from Diana’s school days for a proud 530 pounds. It has to be admitted that it is a stately rubber of his kn. The massive block could easily be divided in ten normal size rubbers. On its surface the letters „For Big Mistakes“ are displayed. As part of the nature of a schoolgirl’s rubber, it is decorated with personal inscriptions as“D. Spencer“, „Diana“ or „help“. Other than assumed, the buyer was not a hunter for devotional objects.

The successful purchase is the newest coup of the artist duo Admir Jahic and Comenius Roethlisberger. What happens if two artists put their hands on such a mythical loaded object? In this case they did the most obvious and used it, for what it was made: to erase. Jahic and Roethlisberger drew different portraits of Lady Diana and Prince Charles with a pencil only to erase them to a large extent with the abovementioned rubber.

While the just created appearances slowly fade, the rubber – once in the hands of young Lady Diana – begins to crumble and falls to the ground, where it dashes with the graphite relics of the portrait. The artists collected those relics and laid them into the frames of the drawings.

Lady Diana revives for one more time in subtle lines, only to be vanished by her own myth. It lies crumbled in a frame. Not even her smile can convey comfort – it evades from the observer the more he wants to comprehend it. The work can be considered an homage to Lady Diana. But in the same moment it refuses the mechanisms that allow such devotion and negates the portrait as an object of adoration. Like an elegant iconoclasm the work destroys itself radically with its own weapon.

The rubber was meant for “Big Mistakes” as the highly symbolic inscription reads. It remains open whether thereby mistakes are being extinguished, or if new ones will be committed. 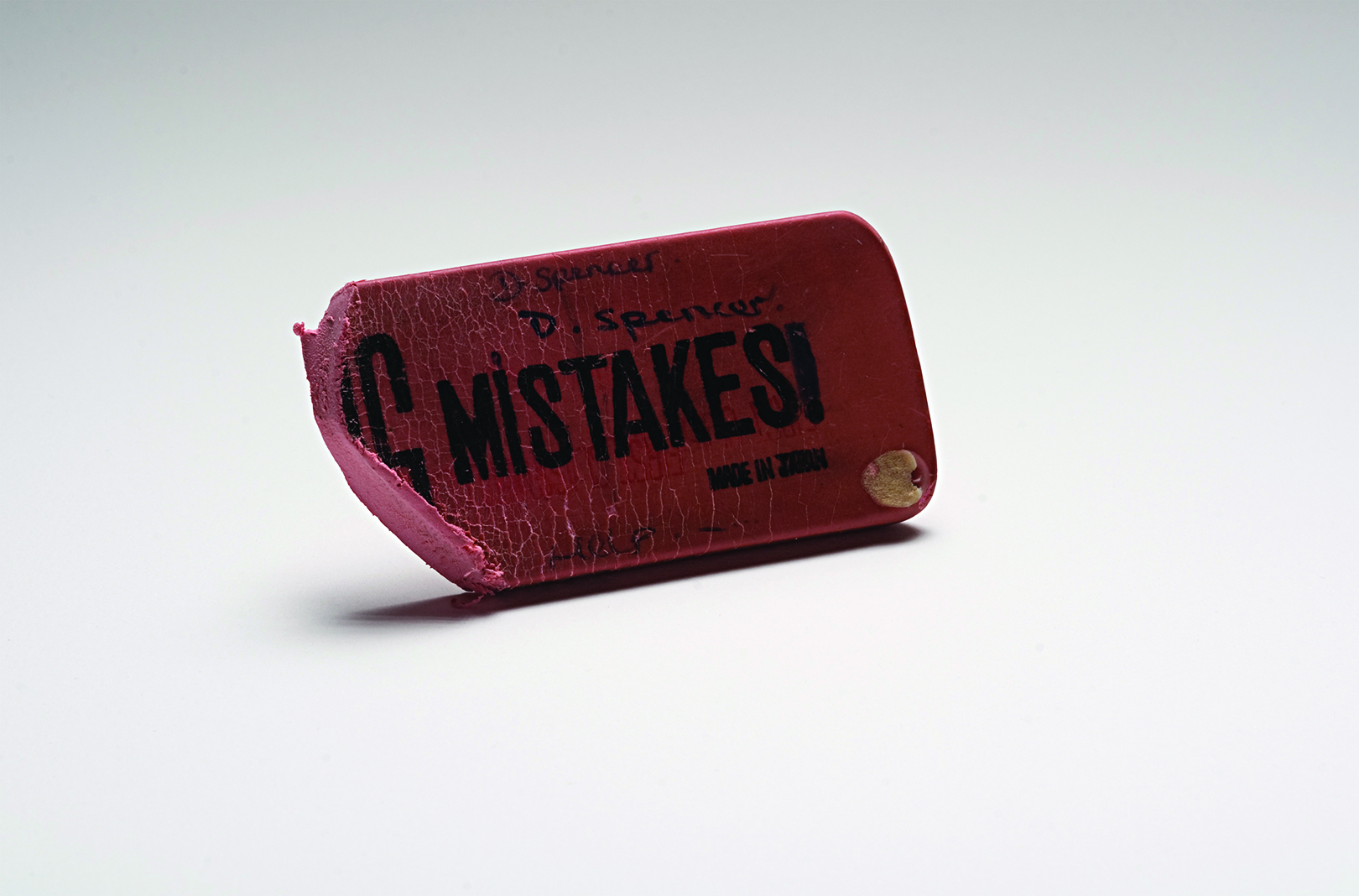 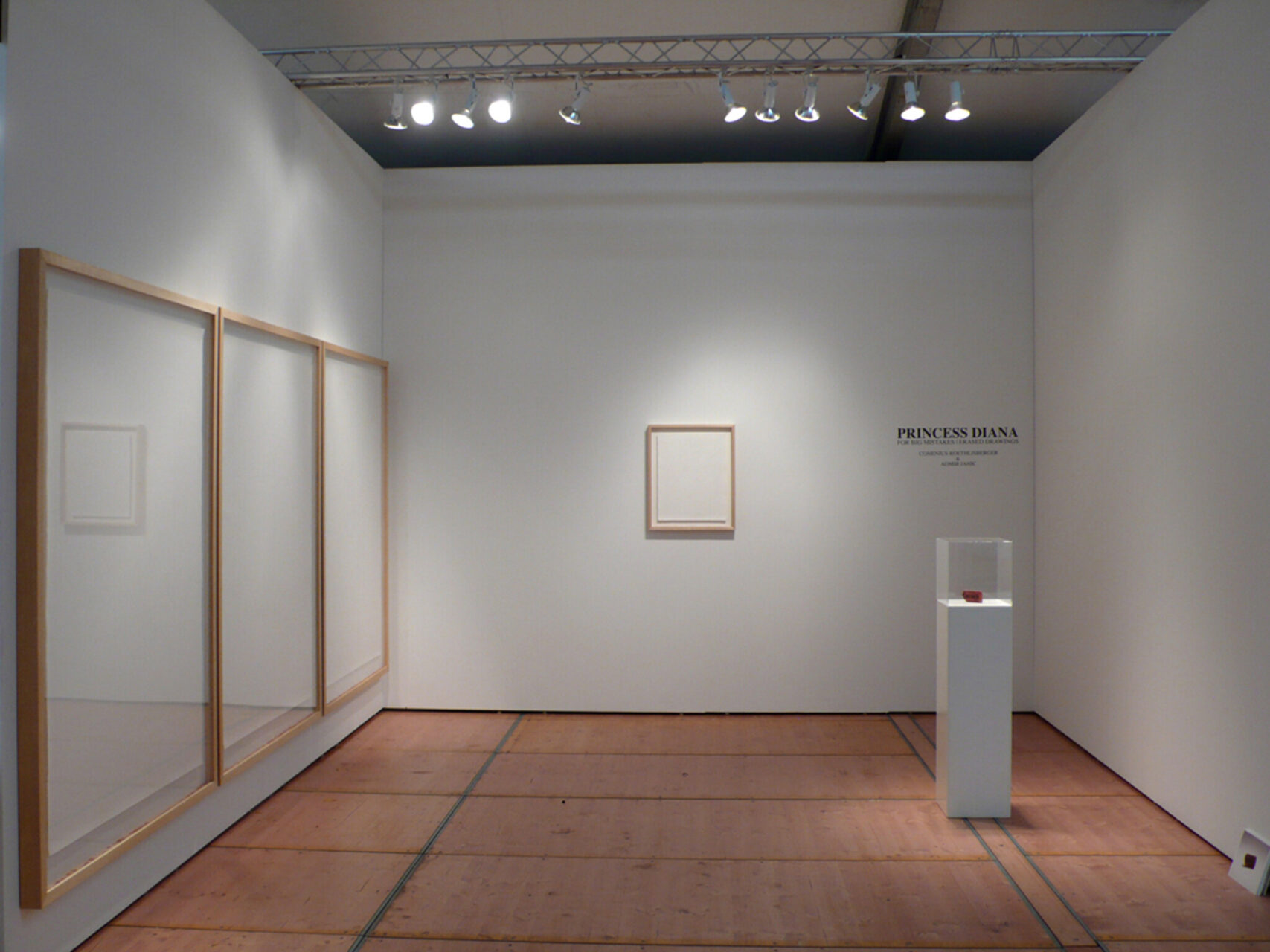 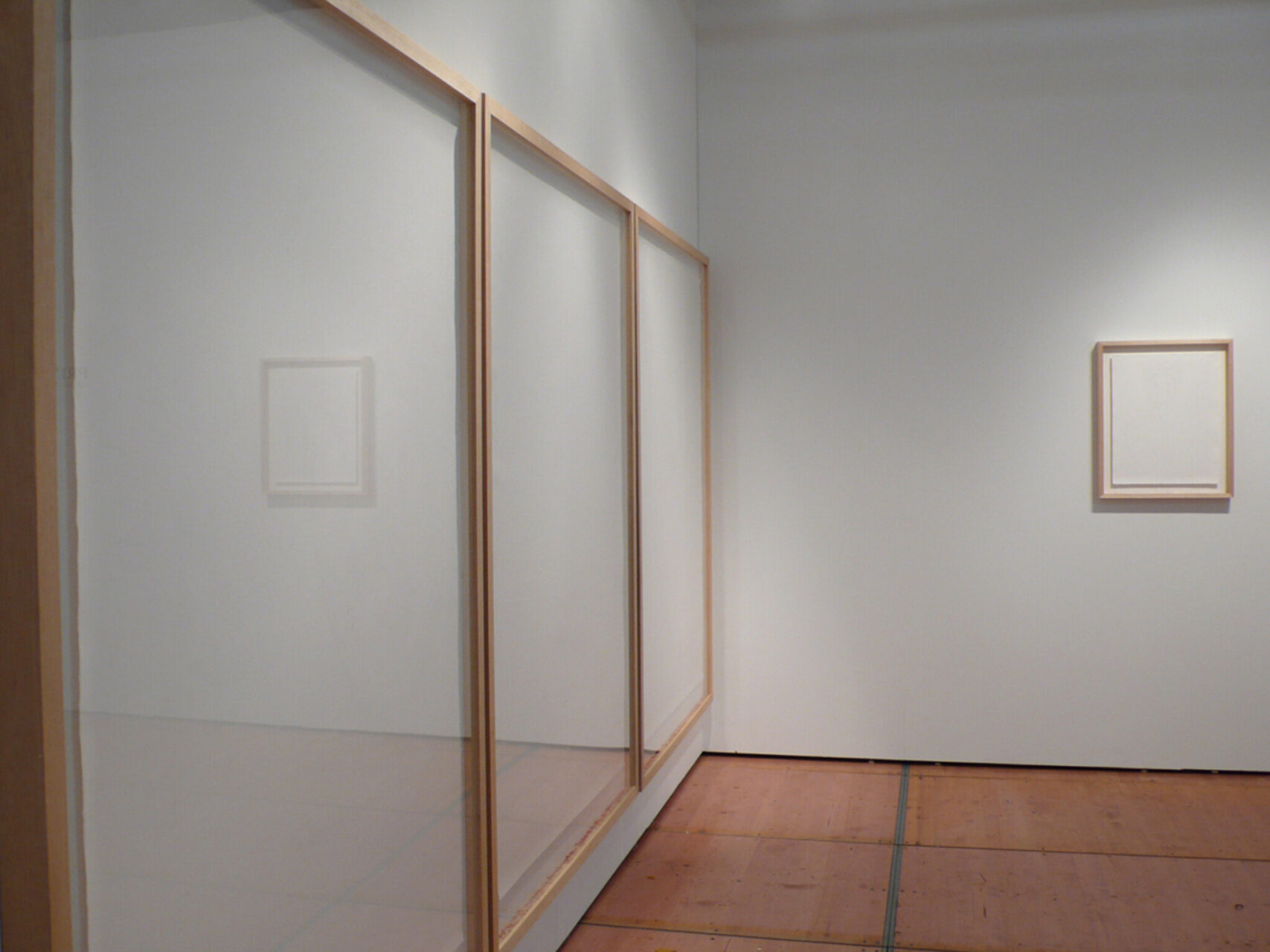 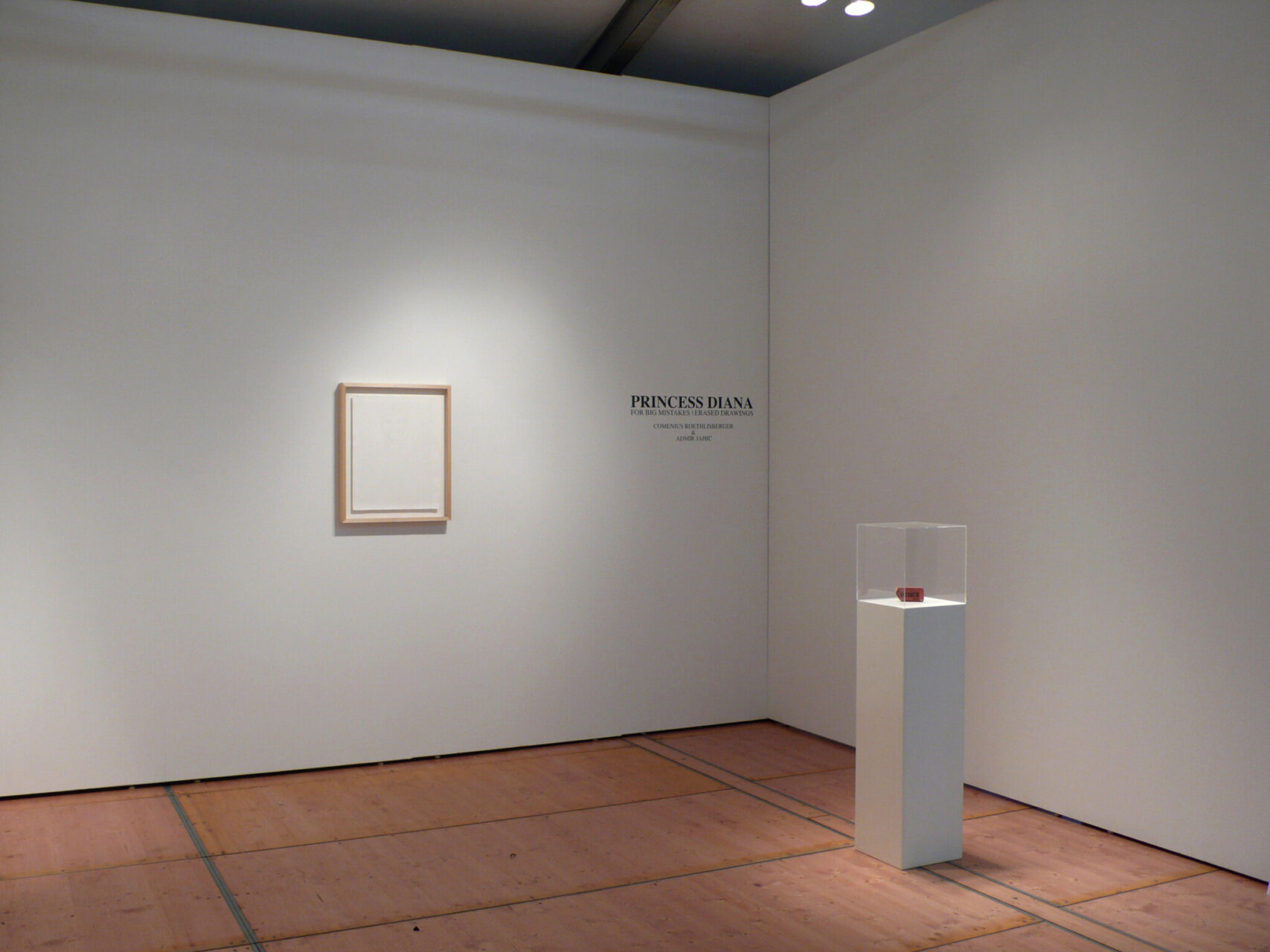 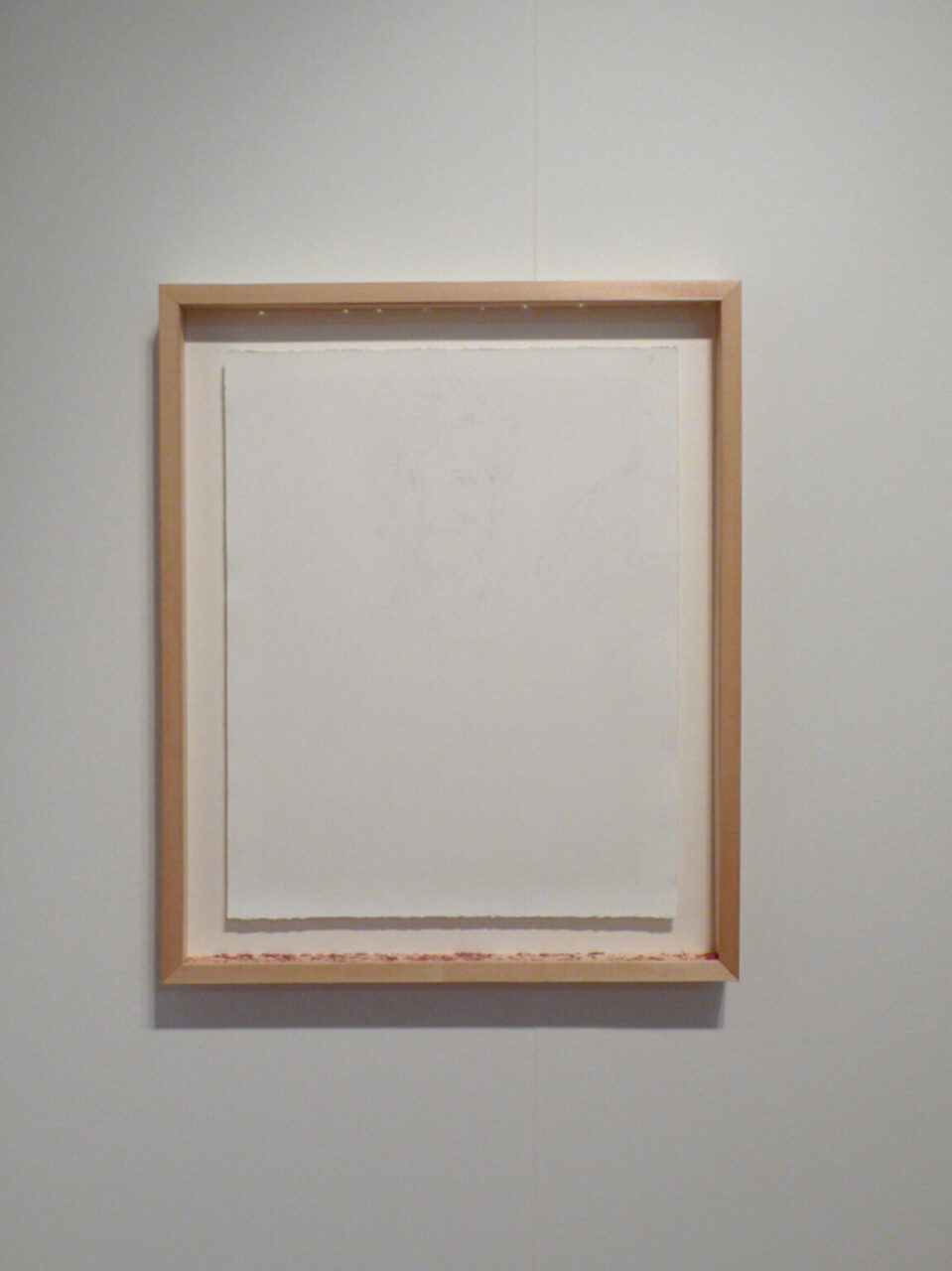 Installation View, Miami 2009
> back to overview <